The Zoox vehicle is out in the wild — and it is extraordinary. Embedded in the fanfare though is an important, perhaps contrarian development philosophy, that I’m here to spotlight for you. Here it is:

The pace of innovation, the height of your achievement as an automation product, has as much to do with humans, as it does with AI.

For the 1,000+ of us who worked on the Zoox vision, we can now breathe a sigh of relief — first, that it didn’t go the way of Jodorowski’s Dune or General Magic, and second, in the delight of finally being able to share our journey over the past 6 years. I had the privilege of spending three of the earlier years there in product leadership defining the vehicle and its ecosystem. Our mandate was clear — imagine the future of autonomous mobility, and build it today.

Public details so far only hint at some of the vehicle’s unique features. Let’s just say, if you “dreamed of flying cars” you wouldn’t be disappointed if you ended up with a Zoox. But as incredible as the vehicle is, it’s the early, contrarian investment that Zoox made in TeleOperations that continues to amaze and inspire me. This, at a time when everyone in the industry was convinced that 2020 was going to be the year.

I remember a 2019 autonomous ride in which we encountered a construction zone. The vehicle slowed to a stop, and within seconds, artfully navigated the unexpected environment, all because a human TeleOperator miles away provided the lightest of touches to reinforce the on-board AI decision-making. It was one of those fleeting moments that was so elegantly subtle that you weren’t sure if it happened at all. Some of you may regard this as breaking the AI magic, but what would have happened otherwise? The human safety driver would have had to intervene and physically steer the vehicle. Magic obliterated.

Get robots out there now, tactically leverage humans to solve critical blockers live in production, all while amassing high(est)-value data faster and revenue sooner.

This to me is the winning recipe for bringing next-generation automation products to life, and the inspiration for SparkAI, which makes it instantly leverageable everywhere. Not just in autonomous vehicles, but in all AI products — robot or algorithm.

In a post chronicling the end of Starsky Robotics, CEO Stefan Seltz-Axmacher described the oppressive S-curve as a factor that kept expectations from meeting reality.

“Rather than seeing exponential improvements in the quality of AI performance (a la Moore’s Law), we’re instead seeing exponential increases in the cost to improve AI systems… whenever someone says autonomy is 10 years away that’s almost certainly what their thought is. There aren’t many startups that can survive 10 years without shipping.”

My co-founder, the former head of autonomous trucking at Uber ATG, had been drawing this very same curve for fellow executives and engineers for years. It’s not sexy, it’s not popular, but it’s reality. For companies that embrace it, it’s also a competitive advantage.

Humans in the workflow are not there to do all the work, but rather sparingly inject that unique spark of primordial wonder we call cognition that can enable AI systems to perform past their peak.

Success stories in data labeling have already proven that humans are a critical part of the AI equation at massive scale. While these services have helped build vast training libraries, the next million data points are not what will turn a plateau into a hockey-stick. The bottoms up approach of hard, honest ML development powered by training data, needs to be paired with a top-down approach that enables teams to deliver not just the features they’re currently working on, but the ones they hope to work on 5 years from now.

Companies that celebrate this relationship and intertwine human cognition will not only be able to bridge discrete gaps in their system, but enable the system as a whole to do more than it ever could. These are the automation products we’ll see in our streets, farms, and skies sooner. Look at Zoox. Look at Kiwi Robotics¹. And at the extreme, look at Intuitive Surgical.

My time at Zoox was filled with daily inspiration from the people around me and the magnitude of the challenge in front of us. The secret — and the wonder — is that automation is better with humans. Zoox’s approach to automation, with humans thoughtfully engaged, continues to inspire me. Extending this philosophy to other applications and making it instantly accessible is what our team at SparkAI is now doing. Our company is enabling customers with robotic and algorithmic automation products to push the boundaries of what they can deliver today.

What more can you do, if the best of your engineering talent isn’t pinned down chasing edge cases? If your path to market was not dictated by the sophistication of your AI, but by the strength of your idea. If you didn’t have to bifurcate your automation roadmap into the “now” and “later.” These are the questions we should all be asking over the coming years.

See you in the future. 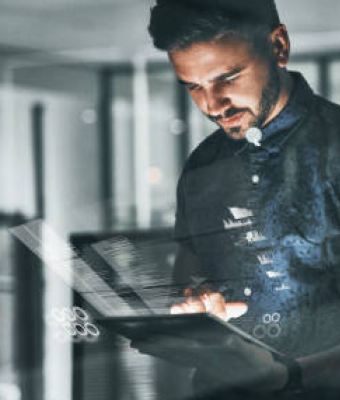 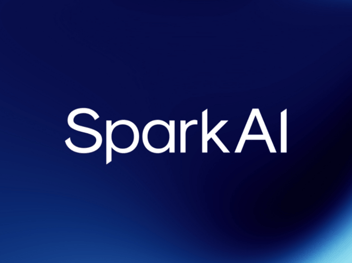 AI is Missing Cognition. We Deliver it in Real-Time. 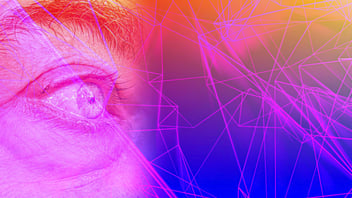 The Power of Human Cognition in the AI Workflow. And How to Wield it.